Changing up the Energy

In this lesson, we'll learn the second half of the verse.

The second two lines of the verse use a repeating figure between a D variation (a C shape moved up two frets), and C.

Slight drop in energy, and a more offbeat rhythmic emphasis.

And the final line ends with a G chord, and a little ornamental figure, moving quickly between G and Cadd9.

So there you go, the basics of the verse. You've got the intro phrase, the intro phrase repeated as the lyrics begin, the repeating D & C chords, and the ornamental figure on the G chord.

In the next lesson, we'll look at how vocal harmony is used to change up the energy even more.
Open In New Window 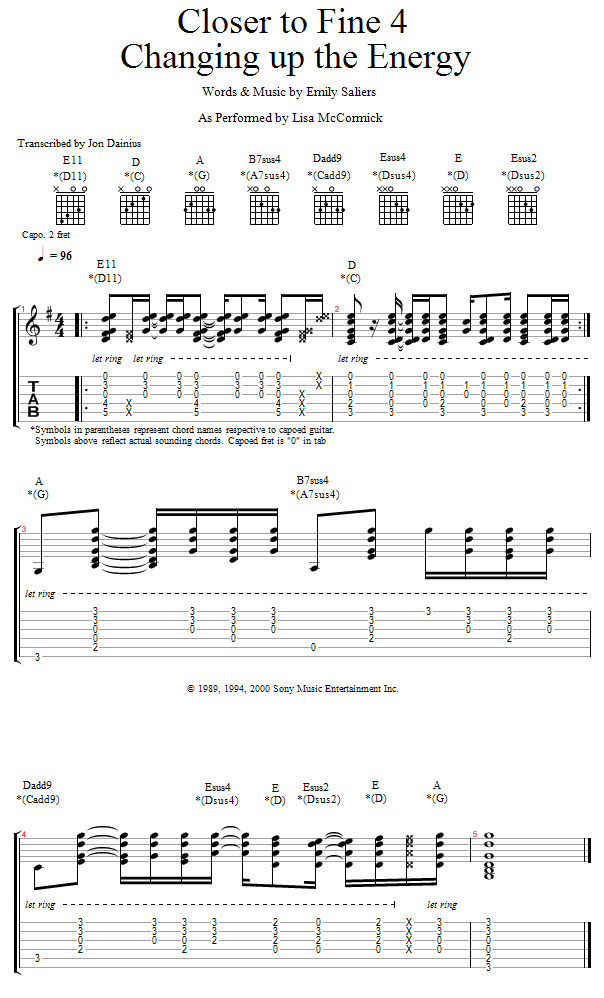