Kick Off #1: Throughout the CAGED System

Kick It Off: The Country Introduction

Here's an example of playing the kick off we've learned in another scale form from the CAGED system. I will only be using the G Form scale to play this kick off. I won't be playing it in all the scale forms because you should use your ear and knowledge of all the CAGED forms to learn this kick off. It will take a little time, but the rewards are worth the effort.

Also, make a special note about the trickiness of the CAGED system. Notice that I say "we're using the G Form scale." Even though I mention "G" we're not in the key of G. We are in the key of A Major, but we are using the G scale form in the Key of A. This is one of the pitfalls of this particular system. 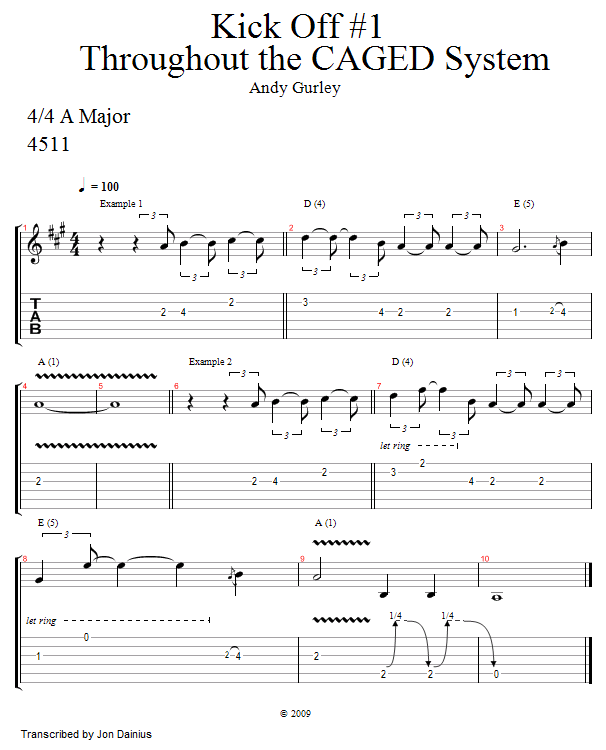