Split Bar Progression in A #1

Practice What You Preach

Let's take the same progression we've been playing in G Major and transpose it to the key of A Major. Notice two things. First, the Nashville Number System chart stays the same except we note at the beginning of the chart that we will be playing in A Major. Next, even thought the NNS chart is the same, the chords and rhythms played are drastically different than what we've done before. This is where you have to use your ear as a strength in the Nashville Number System.

Also notice that the split bar in this example is tricky. In each split bar, you don't really play (strum, more accurately) the strings until you get to the 4 chord. On the 4 chord, you actually play two chords, Dsus4 and D major. This is notated with two dots over the 4 chord to show two "hits" and should be played using your ear and memory of how the progression is played. Slowly but surely, a good country guitarist should move away from notation and use his/her ear to play music. 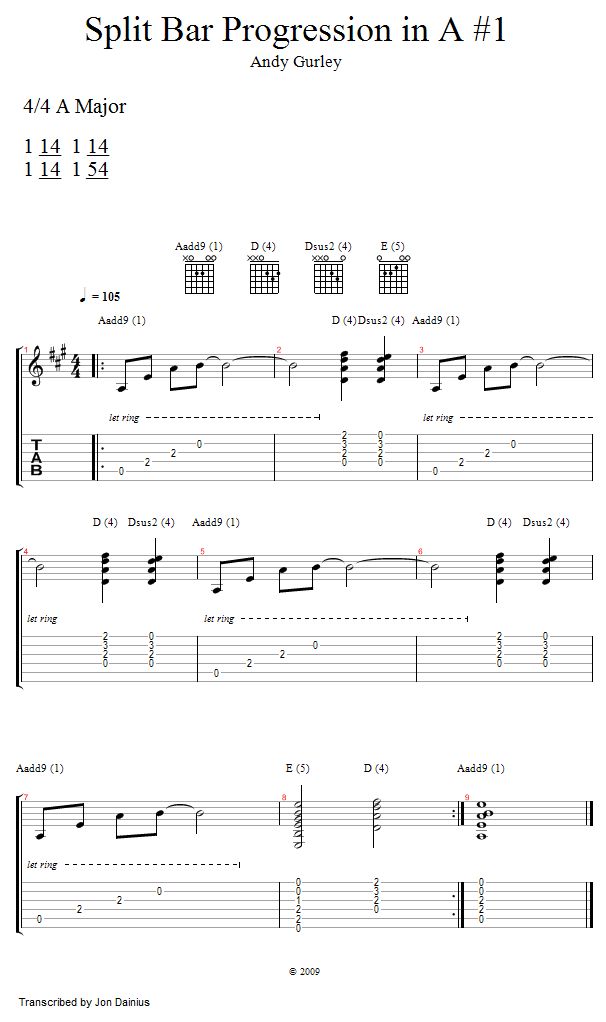