The Major 7 chord is a jazzy-sounding major chord alternative that a player should really wrap their ear around in order to have a good command of the sound. You'll hear this chord in the Western Swing style as well as some of the Modern Country style. In this lesson we present the most common voicings for this chord you'll come across in popular examples.

Remember that the "major 7 note" can be found easily by locating the note 1 fret or 1 half step below the root. Place that note into the chord and you'll have a thick and syrupy chord with an unmistakeable sound. We'll be using this chord later, so put it in your tool box and be ready to go. 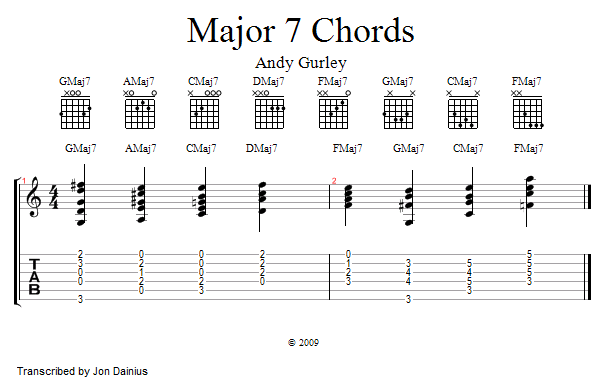