The Dominant 9th chord can be made when any chord contains a Dominant 7 (hence the name "Dominant") and the 9 of the chord. The 9 is the note that falls 9 notes from the root (or 1) in a scale. However, there is a shortcut to finding the 9 in a chord. Take the root of the chord and move up a whole step (2 frets). That note is the 9. You may have to place that note on another string in order to play it.

In this lesson we learn the most common voicing for this chord. It's used by virtually every guitarist in the country scene including Chet Atkins, Vince Gill, Brad Paisley and Brent Mason. We'll use it in progressions later, so get it in the fingers now. 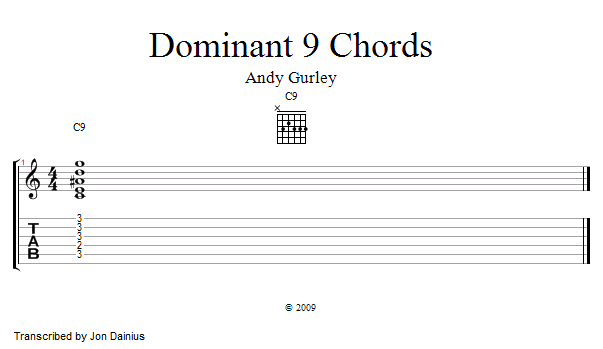