Let's take the same lick and play it with the backing track, modifying it slightly to use a different note that targets the chord change. When the chord progression changes from the 1 chord (G) to the 4 chord (C), we use a note from the C Major triad to vary the lick and get more mileage out of it. After you've learned the lick, try any note from the C Major triad to target that chord change. You'll find you've learned more than one lick that's gig-ready.
Open In New Window 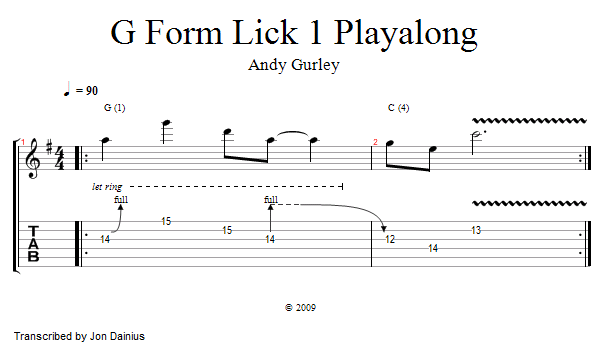