Pentatonic major has 5 five notes (hence the name; "penta" means "five"). You start with the diatonic major scale which has 7 notes and leave 2 of them out.

So, we start with the A diatonic major notes and scale degrees:

Then, we leave out two notes, in pentatonic major the 4 & 7:

Putting this on the fretboard get us a basic pattern/shape to use. Next, we move up the fretboard and find the same notes on different strings. This will create the 2nd "box" shape which "connects" to the previous pattern. We can do this all the way up the fretboard! The result is 5 interconnected boxes. This is because the pentatonic scale has 5 notes & we'll essentially give each note a chance to "start" it's own box.

If you are not familiar with this idea and these boxes, you should work though this previous tutorial on the pentatonic boxes.

After you work through that you'll be ready to work though the exercises in this tutorial! 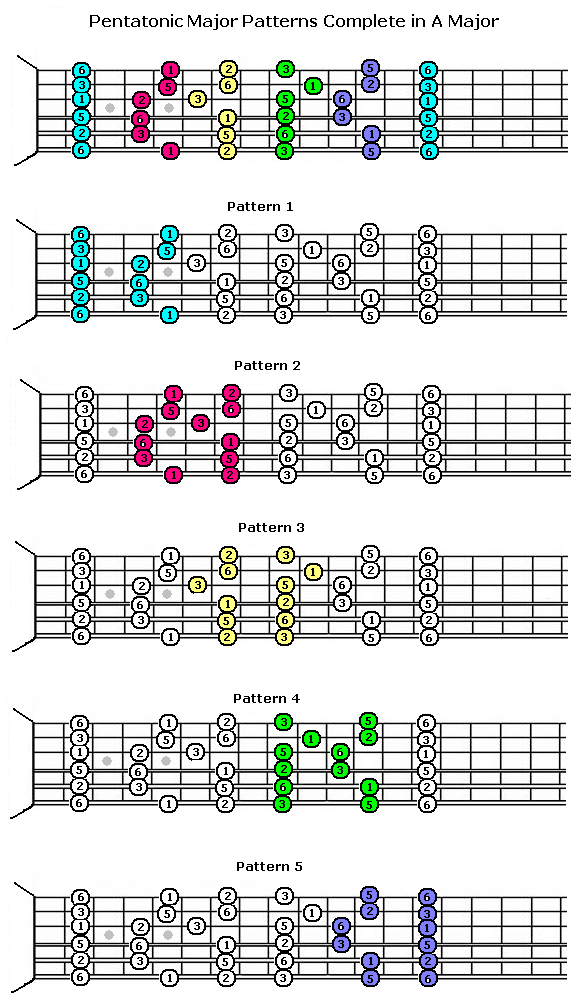