This is the first lesson of my tutorial of exercises that are really useful when developing your technique. I'm using the basic three-note-per-string version of the A major scale in this example, but the exercise is of course applicable to ANY scale, lick or arpeggio.

The idea here is to play the first four notes of the scale, starting from the first note of the scale, and after that, starting from the SECOND note of the scale and go up four notes, then start from the third note of the scale and continue up until you run out of strings! This is a very good right hand picking exercise and it is very important to use strict alternate picking (up-down-up-down etc.) no matter what string or place in the scale you are at. Since the number of notes that are played in a row on the same string changes all the time the right hand is forced to get used to all of those situations, as opposed to just practicing playing three notes per string going up and down the scale really fast. This only improves your three-note-per-string picking. Always begin practicing these sequences with a metronome at a comfortable tempo, and when you can play it without making ANY mistakes up and down a couple of times, increase the tempo. Also practice it using muted and non-muted strings, since the right hand technique changes a bit! The first two times in the video I'm playing it without muting the strings, and the last time I am muting the strings. I personally find it much harder to play clean on the two top strings (B and high E) when muting them so that's what I'm practicing a lot right now! Have fun and hit that metronome and work it up to light speed!


Experiment with different fingerings and find the one that works best for you! The tricky spot for me is playing around the G and B strings!
Open In New Window 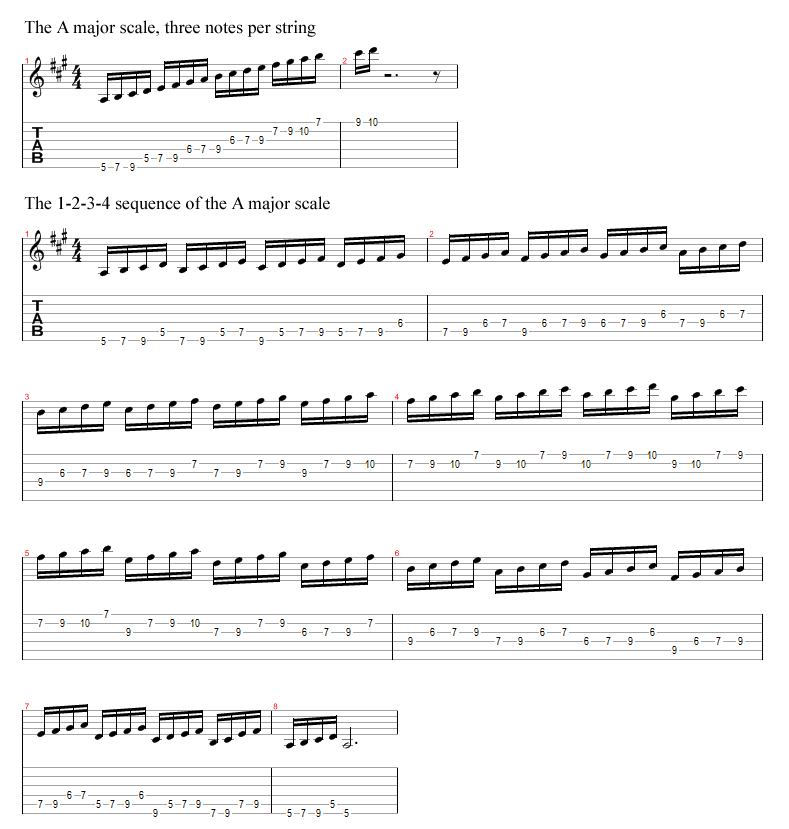