In this lesson, we'll do a playalong drill, using the new Variation #1 of the Four Step Fingerpicking Pattern. Playing this along with the video is great a way of developing your speed, and a nice even rhythm.

To review the new variation, the second half of the measure will be our old buddy, the Four Step Pattern (thumb on the bass note, middle finger on the highest string, thumb on the third string, index finger on the second string). The count for these notes is "Three And Four And".

In this lesson, we'll do a playalong exercise using the following chord progression: 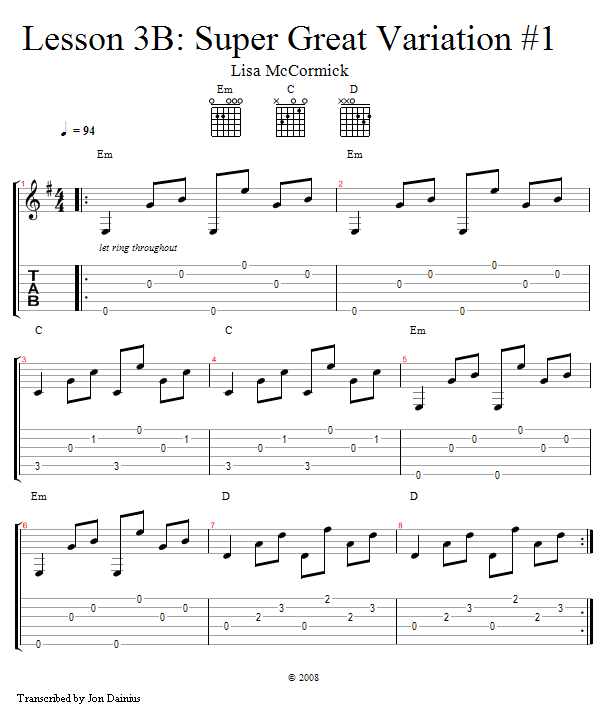