In this tutorial we will look at visualizing the major scale in the multiple patterns and positions it forms on the guitar fretboard. We will use the A major scale.

This tutorial has a companion tutorial that deals with the minor scale.

It is possible to play the same note in more than one place on the guitar. As a result, guitarists must take the time to carefully map out all these possibilities. This is important because it can help us find the most efficient way to play any given series of notes. It is alos important because each pattern has it's own unique timbre (quality of sound). For example, playing a note on a lower string typically creates a bassier sound, while a note on a higer string has a more treble sound. Also, notes played on wound strings sound very different than notes played on unwound strings.

It is good to know these things and be able to effectively and competently deal with them.

There are three primary patterns. We will start with them. Then, we will move from pattern to pattern by gradually changing from one to the next, moving notes as necessary. 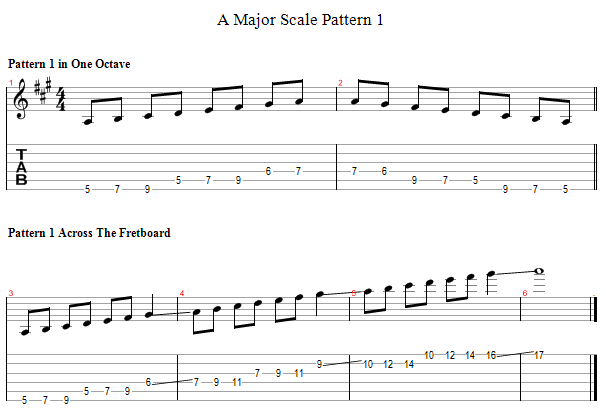 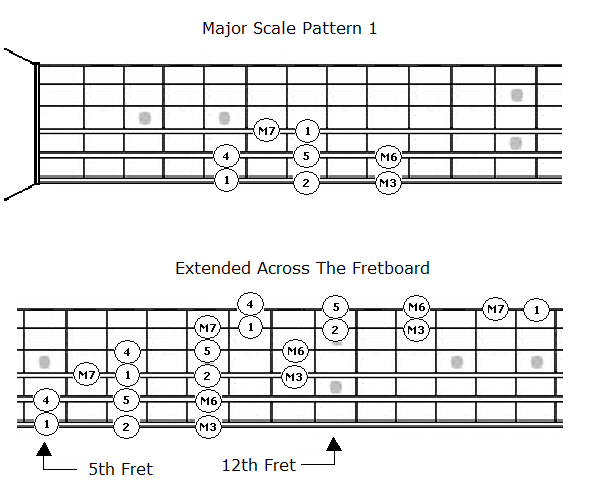