Let's start with the A Major scale and number the scale degrees:

Also, note the formula of intervals that create the major scale (WS is whole step or two frets; HS is half step or one fret):

First we'll play ionian in one octave, then we'll play it using a 3-note per string pattern that will cover all six strings. In the next lesson we'll experiment with playing the mode over a backing track that uses chords to help highlight the sound of ionian. 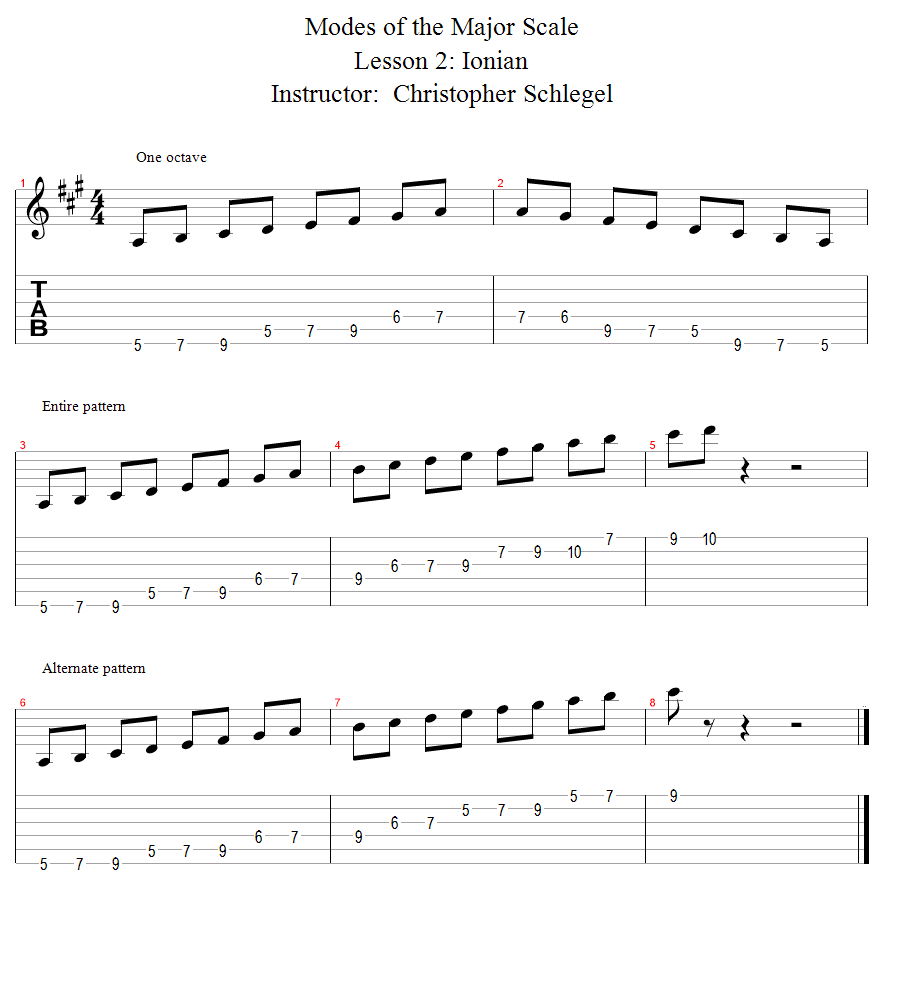 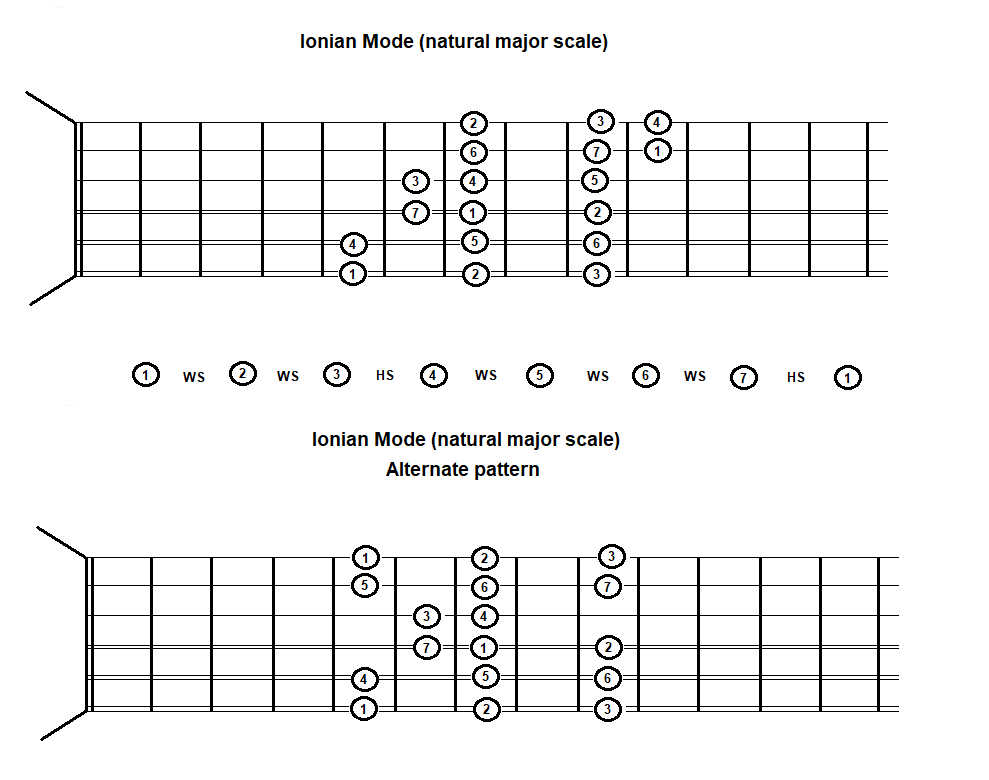