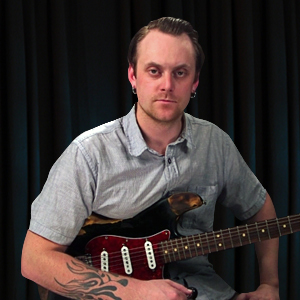 Henrik caught onto the guitar at a young age, was inspired by the punk scene in his home country Sweden, then made the leap to L.A. to pursue music. He attended the Musicians Institute where he immersed himeslf in guitar along with recording technology. He has toured and recorded all over the world, including a Middle East USO tour.

Henrik is currently recording, performing, and teaching music at MUSA academy in L.A. At Guitar Tricks, his lessons on Motown style guitar give you a great view of what made that hit-making machine tick, and his Surf 101 tutorial shines a light on that that fun style. Henrik also has a catalog of over over 30 popular songs on the site including hits from Nirvana, The Police, and The Beatles.