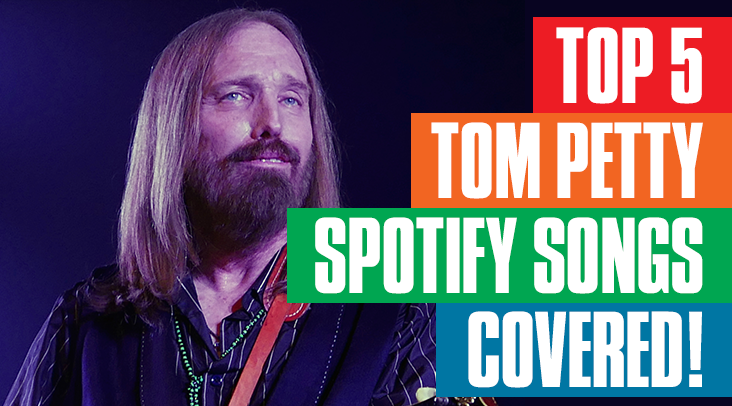 Tom Petty of Tom Petty and the Heartbreakers passed away on October 2, 2017 and with that, I wanted to educate myself on some of his most popular hits. I knew a lot of my favorite artists had covered his songs, and that got me into an endless spiral of Tom Petty covers. For the sake of organization, these are the Top 5 most “popular” songs on Tom Petty’s Spotify page at the time of this writing. With the Top 5 in mind, I wanted to find the most interesting covers of these iconic classics. Some of the artists on this list will surprise you!

Tom Petty’s most famous track, “Free Fallin,” has been covered by many artists over the years from country star Keith Urban, to Pink, and even Ke$ha. But perhaps one of the best renditions of the song comes from a live performance by John Mayer at the Nokia Theatre. Despite what you think of the singer-guitarist, the arrangement of three acoustic guitars coupled with Mayer’s unique vocals made for a pretty powerful cover. Check it out below.

“You Don’t Know How It Feels”

Here’s one you may not know of but you probably should. My Goodness, a two-piece Seattle band made up of Joel Schneider and Andy Lum, add a healthy amount of distorted guitars and slow, moody drums to Tom Petty’s classic, “You Don’t Know How It Feels.” Schneider’s vocals are airy and wide open - a great contrast to Petty’s signature sound. If you want a more modern, almost progressive-rock style cover, then look no further.

Originally released in 1994 on the album with the same name, “Wildflowers” is a simple acoustic number with an even simpler melody. Just days after she performed a tribute honoring the victims of the Las Vegas shooting, Miley Cyrus played a cover of this song on The Howard Stern Show and gave a stellar performance reminiscent of Stevie Nicks. Cyrus has come a long way since her days on Hannah Montana and listening to this is proof.

Johnny Cash performed a number of covers during his time, but one of the more notable performances is of Tom Petty’s “I Won’t Back Down,” especially since Petty was featured on the cover! The cover was released on American III: Solitary Man and the harmony sections feature the original artist.

The New York band from Long Island, Taking Back Sunday covered this Tom Petty song and mostly sped it up for a more contemporary audience. The cover was released in 2009 on Warner Bros. Records’ tribute album celebrating the record company’s 50th anniversary. Again, the main differences here is that it’s sped up but still retains the signature guitar riff and keeps most of the melodic structure. Check it out and listen for yourself.