The Who Songs and a New Playlist Collection

The Who songs are some of the most recognizable rock songs ever, and for good reason. The Who is an English rock band that grew in prominence after being formed in 1968 by primary songwriter and guitarist Pete Townshend, lead vocalist Roger Daltry, bassist John Entwistle, and drummer Keith Moon. Over the years, their work has put them into the Rock and Roll Hall of Fame, and have garnered them a number of Grammy Awards.

The Who’s eighth studio album, titled Who Are You was released August of 1978, which means, it’s a great time to celebrate the band! On the album was also the titular song “Who Are You.”

Learn how to play "Who Are You" here. If you’re interested in more songs by The Who, we have a ton of song lessons right here on Guitar Tricks.

At the time of this writing, The Who has released 11 studio albums but the song that arguably started their rise to fame was “I Can’t Explain” which was the first single the group released as The Who. Watch the short lesson below to learn how to play this iconic riff.

Last but not least, we’ve created a special collection of songs using the new collection feature. The collection is made up of 9 great The Who songs, all found in one easy place. Check it out by clicking the image below. 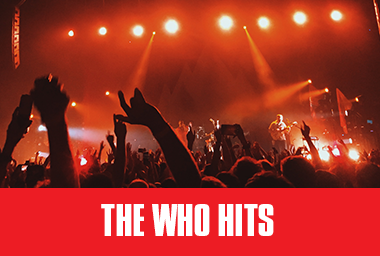 The Who is a favorite for us here at Guitar Tricks and we love the endless fountain of riffs and rhythms to learn from in their songs. Let us know which The Who song is your favorite in the comments below!