5 Must Learn Riffs from The Who

One of the greatest rock bands of all-time, The Who made a name for themselves with hits like "Who Are You" and "Baba O'Riley." Most of their songs were written by Pete Townshend, the lead guitarist for the group, which explains why a number of their records were driven by very iconic and catchy guitar riffs. There are too many great songs in their catalog to name, so here are the top five riffs from one of the most influential bands to ever take the stage.

The song employs two very distinct guitars throughout the entire song, an acoustic and an electric guitar. The most memorable riff in the entire song is during the interlude, where both guitars play exactly the same riff. Where the acoustic guitar strums and continues the rhythm the entire time, the electric guitar plays each chord and let’s them ring out. The chords in question are: B - A - D - E

The most memorable part of this song is the intro chorus. The chorus is played in many variations throughout the song but for the most part, the barebones chord progression is played on the open strings. The progression is fairly simple but if the goal is to play it similarly to the song, the player must take note of the timing and rhythm of the song. Try the chords here: E - D - A - E

Perhaps their most iconic song, the riff in this song is played with a capo on the first fret and a handful of power chords. It’s also possible to play the song without a capo, if you choose to play with only barre chords. But for those who want to use a capo, the chords are pretty simple to execute. Chords: E5 - B5 - A5

The main riff requires the player to strike the open E string and play alongside the bass. Both the bass and the guitar player are playing essentially the same notes here. This is a single note riff that uses the F major pentatonic. Played with a capo on the first fret, the riff is played as if it’s playing the pattern from the E major pentatonic. There are chords within the riff as well, if focus is put on the vocals. Chords: F - Eb - Bb

This riff is one of the earliest works from The Who and it’s arguably the song that put them on the map. Townshend’s addictive and punchy riff is simple, yet catchy. This is the band’s signature style. The riff is played in a simple 4/4 time signature and it only uses three chords! Play it yourself: E - D - A 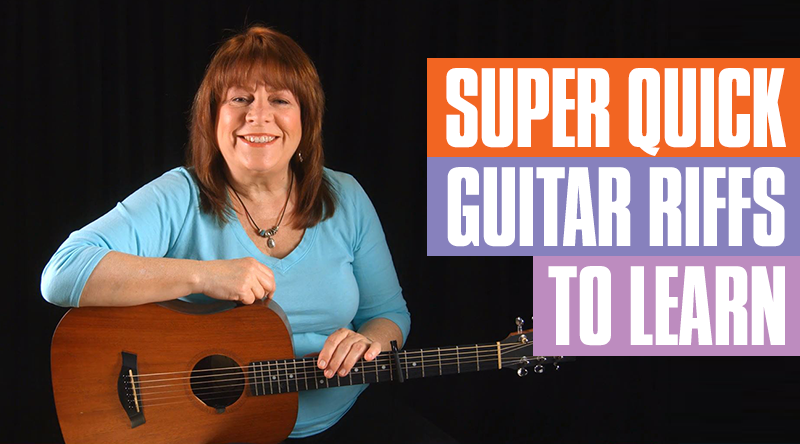